The Metropolitan Water Board and Railway 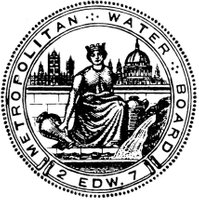 The Metropolitan Water Board was established in 1902 by the Metropolis Water Act. The creation of the MWB sought to end years of discontent created by London’s private water companies and make water supply a streamlined municipal operation. By the time the MWB began formally operating in 1904, it was regarded as one of the largest undertakings of its kind in the world, having incorporated the following eight companies: 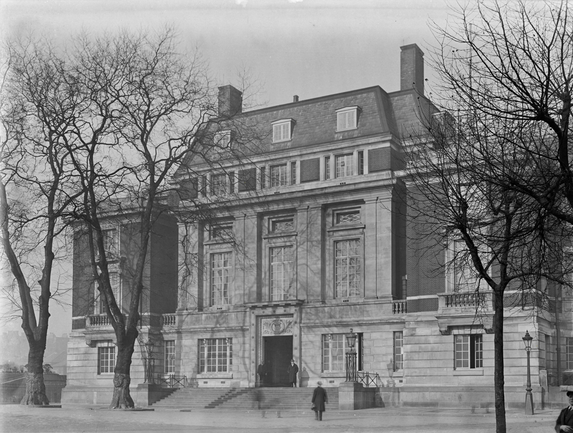 The Board consisted of sixty-six individuals who all represented boards and authorities within the MWB’s area of water supply. The board comprised of one member for every borough in London and the surrounding counties of Middlesex, Surrey, Hertfordshire, Essex and Kent. Representation was also made by one member from the Thames Conservancy, River Lee Conservancy and the New River, the three main sources of water for London.  The board sat at the MWB’s headquarters at New River Head in Clerkenwell. The location had historical significance for being the site of the round pond at the terminus of the New River, where the governance of the New River Company had resided since the 1600s. 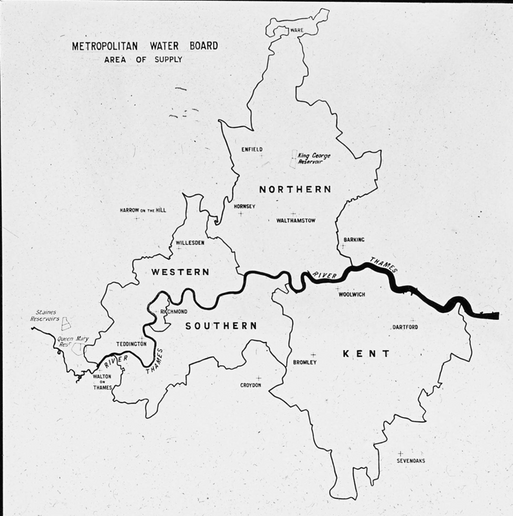 The area supplied by the MWB was known as ‘Water London’ and covered an area of 537 square miles, which included the City of London, City of Westminster, fifty-five Boroughs, thirty-two Urban District Councils and six Rural District Councils. By the 1930s, the MWB was supplying 300 million gallons of water per day to seven and a half million people, through 7,800 miles of water mains. This area was sufficiently large that one in every six people in Britain were reliant on water supplied by the MWB. This was close to the combined population of Australia and New Zealand. 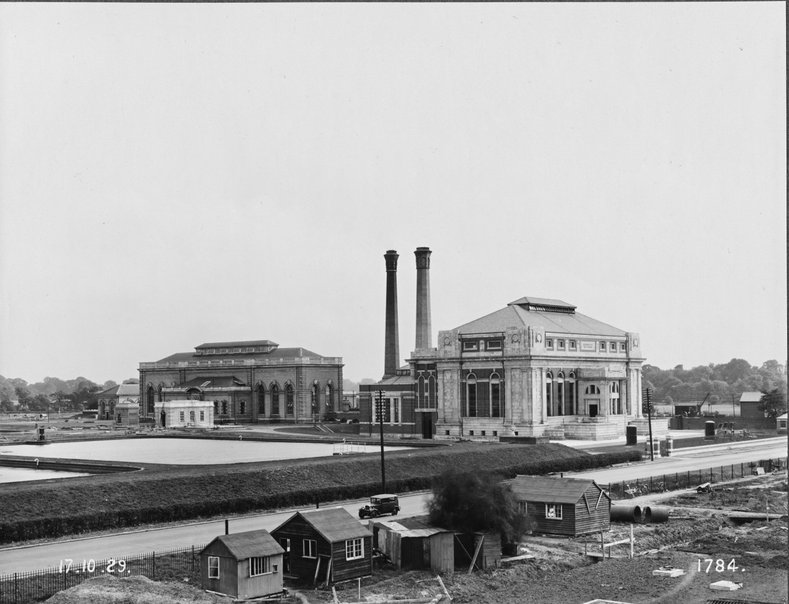 The Board’s main source of water was from the River Thames. Two-thirds was gained this way and all taken above Teddington Weir as a result of the 1852 Metropolis Water Act, which prevented water being abstracted from the tidal sections of the Thames. As a result of this stipulation, a majority of the MWB’s water treatment works and pumping stations are found in Thames Valley area. The most significant of these works could be found at Hampton, Kempton Park, Walton and Surbiton. Until the 1970s all of these pumping stations relied on steam driven pumps to pump water to service reservoirs on high ground at the far reaches of London. In the case of Kempton Park, pure water was pumped through large diameter mains as far away as Highgate and Finsbury Park, twenty miles away. Water from these service reservoirs would then gravitate to the consumers. In the case of the reservoirs supplied by the pumps at Kempton Park, this would be to the west-end, city and east-end of London quenching the thirst of over one million Londoners alone. 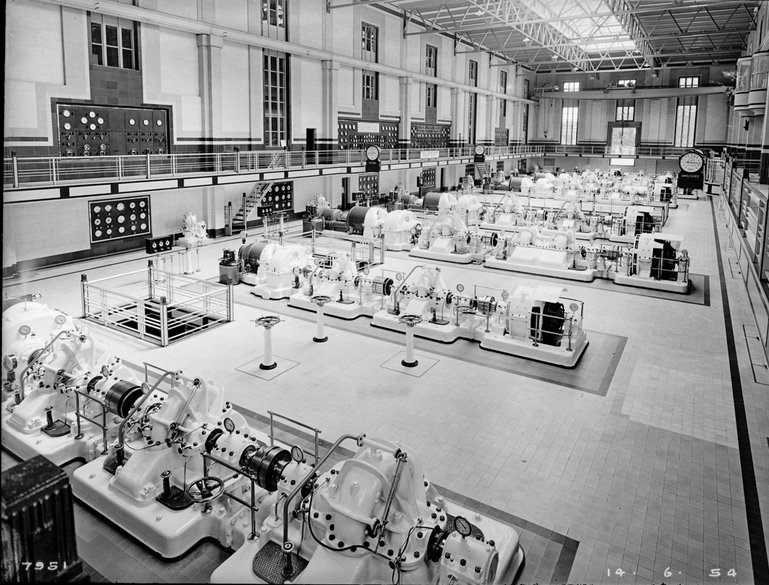 The MWB’s dominance over London’s water lasted seven decades, coming to an end in 1974 when water supply was combined with council waste water services to form Thames Water Authority. The authority remained a municipal body until 1989 when it was privatised to form Thames Water Utilities Limited.